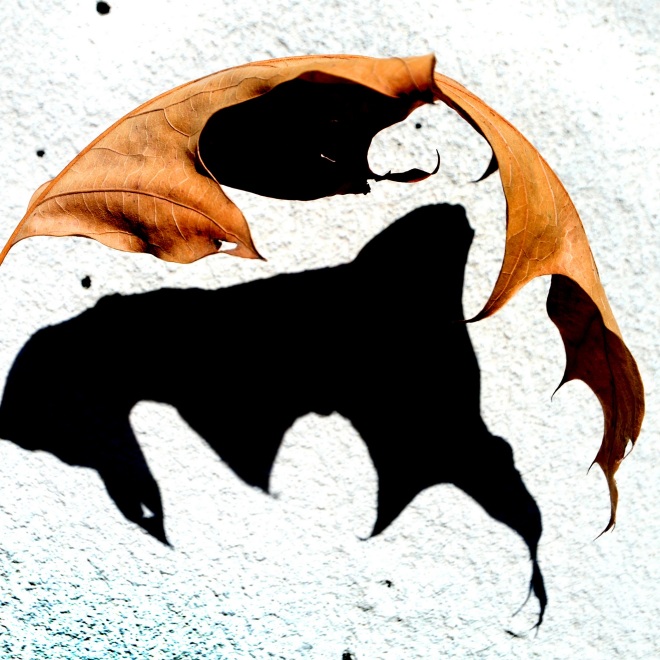 Read by the author

We barely noticed those local boys. At least that’s what we told each other.

This was autumn, my third year at Hawthorne Academy in Salem, Massachusetts, banished there by my father. I suppose by then Massachusetts was home, as much as any place. Natives will brag that nothing is as glorious as October in New England. I can tell you that Western Michigan, too, boasts brilliant foliage, though I’ve not been back to see it these forty years.

Townie boys with bamboo rakes scraped Hawthorne’s grassy common clean. Working for someone’s Uncle Ricco, saving up for a used Mustang to drag race till Uncle Sam dragged them off to fight in bamboo jungles. They’d whistle as you crossed their path, precisely because you were unattainable in the way that girls at a private boarding school were unattainable, like fur coats, soft and desirable but costing too much.

I couldn’t know, in those smoking bonfires of sixteen, how what happened that fall would repeat itself. No matter where I ran, or where I stayed, I was always grasping for that one golden leaf, clinging to a limb, unreachable. I was that baby, rocking, rocking, rocking in my cradle, until one day the bough just breaks. What a terrible song to sing to a child. How can you expect her to sleep, suspecting that no one will catch her when the wind blows and the bough gives way, and everything comes crashing down?

Gathered on bunks in our flannel pajamas, like babies in pink onesies, we Hawthorne girls dissected Mr. Gardner, the new biology teacher. Why he’d quoted Emily Dickinson the day we dissected frogs. How, during lectures, he’d sweep those long gold fringes off his forehead. The thrill of his hand on your back as he leaned over to focus a microscope (though my friend Nita warned me: “Mimi, that’s just creepy”). What would it feel like for his hand to touch you in those places I could barely name?

Of the fifteen girls in Mr. Gardner’s biology class, only Nita, who would become a physician, was excited about the frogs. Halfway down the hall, the smell of formaldehyde alerted us. Up close it penetrated our lungs, irritated our eyes, and made our throats hurt.

Lay the specimen on its back. Spread its limbs, pinning them to the tray. Lift the fragile skin carefully, making a small incision with a scalpel before scissoring open the rest. Examine liver, lungs, stomach, intestines, ovaries or testes, the three-chambered heart.

When Mr. Gardner prepped us for lab by quoting Dickinson, I half jumped out of my skin.

How dreary – to be – Somebody!
How public – like a Frog –
To tell one’s name – the livelong June –
To an admiring Bog!

Gary Gardner was barely a decade older than we were. I felt a kinship when he told us he’d come from Chicago—the university there was my father’s alma mater. Only the Great Lake and an easy drive divided Mr. Gardner’s home town from mine. He wore no ring, though by year’s end we learned he had a wife still in grad school in the Windy City after he dropped out. By then I realized that, unlike my father—a respected nuclear physicist even if he’d failed at fatherhood—Mr. Gardner was only a so-so scientist. And though he’d enlisted Emily’s lines, Gary Gardner was a mediocre poet. This was my father’s phrase for my mother, and so it stuck with me.

Safe and dry in my Hawthorne double, my roommate’s ironed hair dangling from the upper bunk like musky filaments of lake weed, I’d wake from dreams of Mr. Gardner rowing towards me while I lingered on the sand.

Once, the physicist and poet and their young daughter Mimi had spent a July at a South Haven cottage. We were a family then, constructing sand castles, swimming together on Lake Michigan’s eastern shore. Six years later, at twelve, I’d stood watch on that same shore, willing my mother to emerge unscathed. When I applied to Hawthorne, my father reported only that she’d died after a lingering illness.

Child advocates today will tell you that men like Gary Gardner are predators. That they choose the most vulnerable for their victims, lonely girls or boys who’ll appreciate that invitation for special time alone.

I will tell you that I heard my friend’s warning, and went anyway. I chose him.

Salem’s town woods were not far from the school. Mr. Gardner had led the class on a nature walk there, a sort of scavenger hunt where we had to identify trees and plants and mushrooms. Some were safe and others were not, and so we had to leave them all behind, though we believed we’d discovered a patch of edible grifola frondosa, which we called hen-of-the-woods.

Sunday of Columbus Day weekend, back when no one questioned whether we should honor that explorer, was also parent visiting day. Parents swarmed the campus, younger kids eagerly showing them round, juniors and seniors discussing college plans. My father stayed home with his new wife, whom he’d married the previous summer. As I had no visitor, Nita’s parents, up from Manhattan, invited me to join them for dinner. I declined. Too painful still, knowing that no parent of mine would visit. Instead, while my classmates were picking out lobster meat and sneaking a sip of their mother’s rosé, I sat on the lawn, sketching oaks and maples and fallen leaves waiting to be raked.

I looked up, so startled I knocked my gold-rimmed glasses to the ground. When your vision is blurred, one man can look much like another. In that confused instant, I saw my father standing over me, head in the clouds, sturdy as an oak, as he’d been before my mother stepped into the lake and set off the chain reaction that led me here.

Once—I might have been eight—I’d asked my father what he did, and he told me he studied the insides of atoms. He showed me a picture in the World Book Encyclopedia, yellow protons and orange neutrons clinging to each other, green electrons tracing a security fence around them. Then he turned the page to diagrams of nuclear fission, a free neutron striking what had been solid, the nucleus splitting again and again. With my colored pencils I copied that image, earning his rare approval.

Mr. Gardner—call me Gary, he said—suggested we return to the woods, just the two of us, to collect specimens to sketch and examine. “Maybe we’ll find more mushrooms,” he said.

As we left the campus, white puffballs floated in a baby blue sky. And I, too, floated. Among all his giggling groupies, Mr. Gardner—Gary—chose me. Gary probed for details of my family, sympathized with my losses, shared that he, too, had a parent who died young, from a neural disease that had led him to study the human body, to grasp what causes its decay.

“My mother’s illness wasn’t like that.” To this day I don’t know exactly why I confided in him. Maybe it was a kind of revenge, spilling the guts of our family secret, that my mother’s drowning was no accident. I hadn’t even told Nita, my closest friend, though eventually she guessed, that and other things. I expect she’s a good doctor.

We did not find mushrooms, but as we hiked through the woods the wind picked up, clouds gathered, and an unexpected downpour drenched my sweatshirt. My teeth were chattering by the time we encountered the boy scout lean-to. Troop 1666 – Be Prepared. Gary offered to fold me into his fleece-lined windbreaker. “But if you keep that wet shirt on it won’t do you much good.”

How easily I trusted him. How the ions flew, from the tips of my nipples pressed on his chest to all those unnamable places. You will think me naive, but I was sixteen, half an orphan, and I felt loved, protected. He promised hot chocolate if I’d come to his room. Even I was aware that more than warm milk awaited me. He heated up his poetry: I was as glorious as any flower, my fuzzy mound the virgin forest that blanketed this land before Columbus.

That day in Salem, when Gary Gardner traced the veins of a leaf on my back, my ear pressed to his cool cotton sheets, it was as if he’d drawn the pattern for my life, as surely as any electron always knows its inevitable path. Years hence, in my academic career I’ve raked through history, exposing rot beneath American myths of innocence, dissecting the tragedy discovery wrought among natives.

But in my private life I hide under musty blankets of old beliefs, repeating old behaviors I ought to have outgrown. Older or younger, comrade or colleague, town or gown, foreign or familiar, the men I choose are always somehow wrong for me. Yet love remains necessary as sleep, dangling and elusive as a leaf in the wind.

Judy Kessler recently left her career in technical writing to focus on fiction.  She earned her B.A. in English at the University of Michigan.  She lives in the Boston area, and is currently working on a novel that takes place in a fictional town in Maine.  “In creating characters and developing their stories, I allow these fictional beings to discover and explore what troubles them about themselves and the world, and in turn what troubles me, and what I cannot always express except through fiction.”