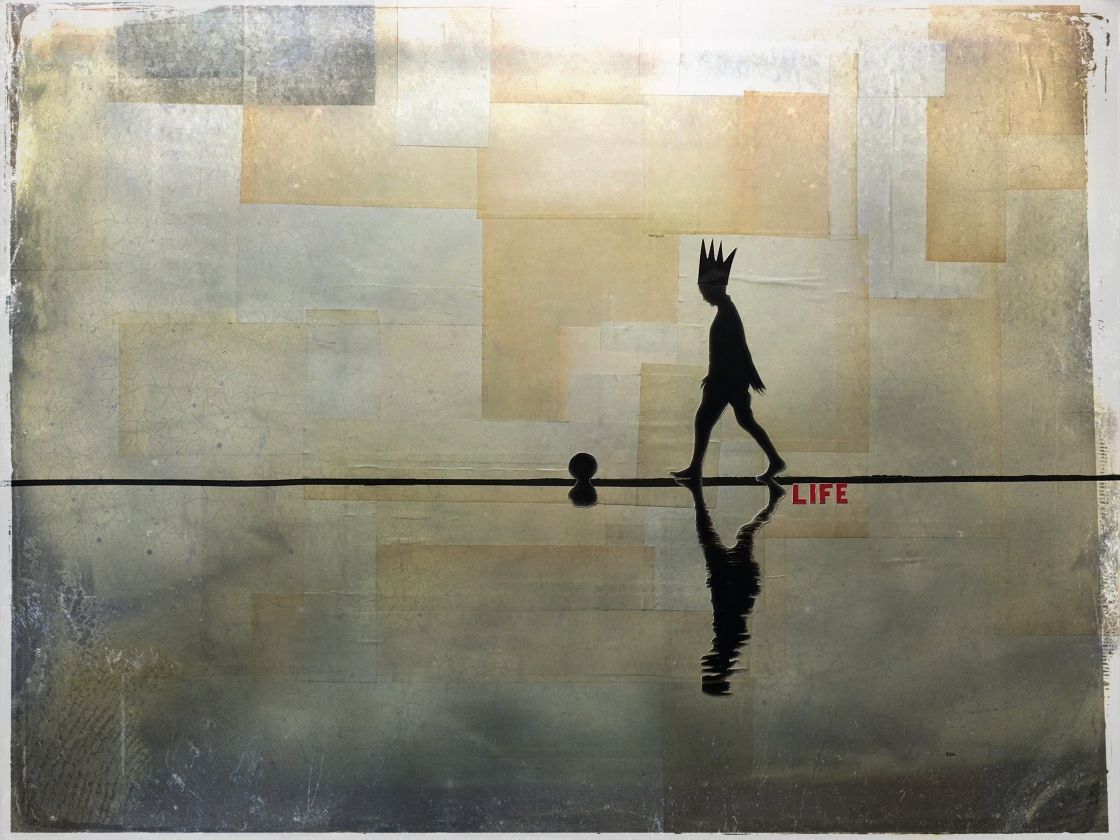 When chains ferried us across the Atlantic

In hell’s belly they swore we were demons & devils

But the auctioneer’s ramblings

See you won’t, where you are where I won’t

We manifested with the Holy Ghost

My umber-colored toes find their balance

As I squat in the West African dance studio.

It’s the dance of the slaves at Igbo landing

Who face the watery depths of death.

Step by step their chains ring out until

Swallowed by the navy waves.

I stick my right foot out

As though testing the waters

Before extending the whole

Leg in a leaping stride.

The rhythm of the djembe

Helps me catch myself in time

The arrow. The water will ferry

Me to freedom; to the undying sands.

The drummer strikes the djembe

The metal of John Henry’s hammer.

The clanking grows louder as the pairs of

Sweat pours down my forehead and crawls

Down to the confines of the lapa secured

Closer and closer I get to the edge

And one, two, three the waves take

Me to until the clanking dies.

They say Black people are skinwalkers

Transforming sackcloth to suits and furs

They berate us for clouds of weed

Must think we’re dynamite if we hit a flame.

That Black Jesus gives, then they hand

Out crowns of thorns and crow with crackers

I won’t jump on their cross nor carry it

Because my soul, they can’t bury it.

Erin Rae Threlkeld is an emerging female African American writer. She is a native of Illinois and currently an MFA Fiction student at Columbia College Chicago. Her work focuses on the current effects of the African Diaspora and nuances of the Black experience through fiction, science fiction, and fantasy.

Image Credit: “Growing Up & Out in the South” by Meikel Church